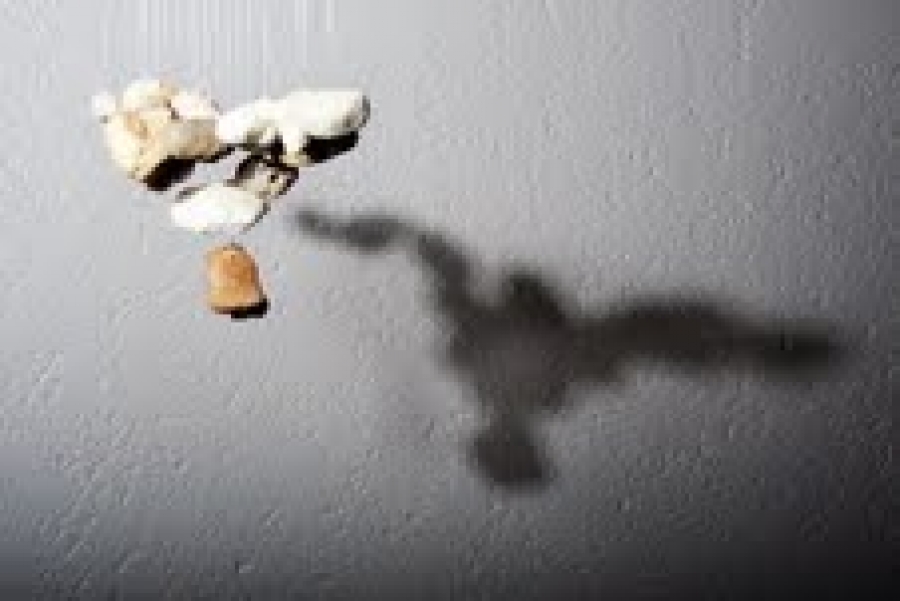 The original artcile can be found here.

The event took place on Wednesday, 2 November 2011 at the Association of Arts Pretoria. Now in its 20th year, the competition continues to yield inspiring sculptures and remains a pertinent promoter of artistic empowerment, recognising the value and beauty of art in South Africa.

Daling’s artwork titled, “The hole we found”, was an original concept, winning him the grand prize of R50 000. His sculpture is a concrete manhole pipe that has been ingeniously rigged with LED lighting and two-way mirrors, creating the illusion of a bottomless shaft with a descending ladder. His work deals with the expansion of cities, and their vast network of tunnels that are constantly being built to carry water, gas, electricity and digital information. As with art, the sculpture possesses the creativity to develop into almost anything.

The judging panel, all in agreement, described Daling’s work as ‘conceptually stimulating’, and appreciated the transformation of the concrete by using different mediums into something illusionary and interesting.

The YCSA runner-up prize of R25 000 was awarded to Johannesburg-based Regardt van der Meulen, for his piece, “Sleeps with the fishes”. The title of van der Meulen’s artwork alludes to the mafia practice of ‘concrete shoes’, whereby the underworld used to sink their adversaries to murky depths. The phrase was adopted in the United States as a humorous term, representing any threat from criminals, and later gave rise to the euphemism of death, as someone who sleeps with fish.

Merit awards, to the value of R5 000 went to Noko Alpheus Mello for his concrete and steel sculpture titled “Sacrifice”, and Mandy Johnston, for her complex artwork made from concrete and sand from different Johannesburg mine dumps, entitled “Transcending the material”.

A Certificate of Recognition was also issued to Lebitsi Milton Nelson Thaba for his works entitled, “Puppet Master & Projectile Effect”. The judges felt both sculptures had merit, showing technical ability and were visually engaging.

“The PPC Cement YCSA competition continues to grow in strength from year to year. The quality and level of creativity of artworks entered into the competition keeps improving, both technically and conceptually. PPC Cement wishes to encourage and thank all entrants and supporters, past and future, for their participation and enthusiasm throughout the years”, says PPC’s Public Relations Manager, Nomzamo Khanyile.

The YCSA competition started as one of PPC’s centenary celebrations 20 years ago and remains one of the most interesting, creative and long standing concrete sculptor competitions in South Africa. Designed to encourage young artistic expression in all its forms, the competition’s critical specification is that the medium utilised to create the art piece, is concrete.

Close to 60 entries were received this year, a high number for a niche competition of this calibre. This year’s theme for the competition, “Our Strength, Your Vision”, was the hallmark of PPC’s values that encouraged artists entering the YCSA competition, to rely on its products in bringing their artistic vision to life.

Khanyile continues to say, “The YCSA competition remains a core sponsorship to PPC, as South Africa’s emerging talent is unearthed and it is a platform for up-and-coming artist to launch their careers. The quality and direction of the various sculptures never fails to inspire, especially as new innovative techniques discovered and used. Congratulations to all the winners tonight!”

According to Kay Potts, National Chairperson of PPC YCSA, this year has set the standard for future competitions and for young sculptors to aspire to.

“The YCSA competition grows in strength every year, and the 20th PPC YCSA has been the strongest ever, with the highest quality of conceptual works and technically proficient sculptures received. It was a very difficult year for the jury, as all the works had their own merits,” says Potts.