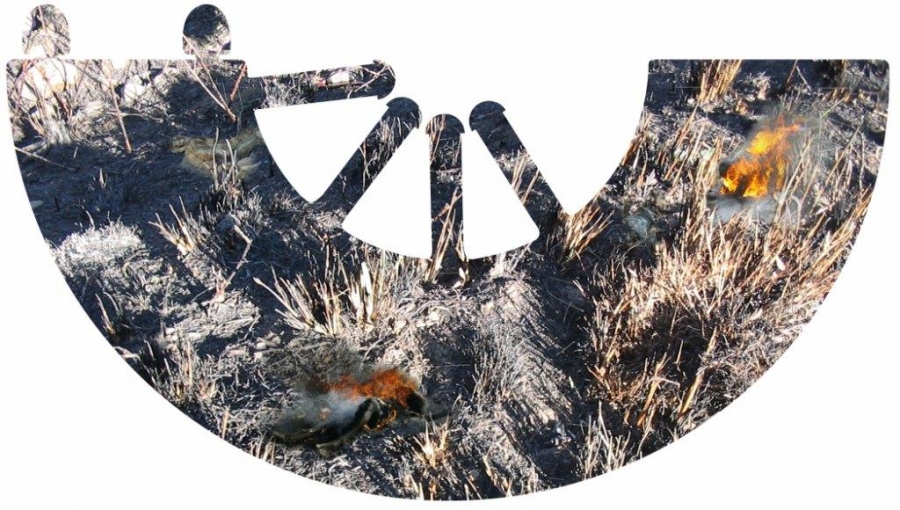 Depicted here is the South African earth, burnt, but at a moment of eminent renewal. The grass, on the verge of pushing up new shoots, is being held back by the fires igniting. The fires emanate from the bodies of necklacing victims, some lie smouldering, some ablaze while others are mere pixelated ashes.

The work is about the historical re-occurrence of violent events in South Africa. It refers to the myth that Africa is ‘innately’ a violent place. It implies that violence is held literally within the land and that people here act violently because of it.

I ask the viewer to mentally cut out the outer shape. It is the shape of a veterinary collar, generally used to protect a wound from being reopened by the very beast wearing it.

ask the viewer to apply restraint to our country and fellow South Africans, to allow discomfort in order for healing. I ask for the xenophobic violence to stop, for the violent to be restrained, for the scratching and re-opening old wounds to end, for the myth to be erased and the rich earth to replenish.