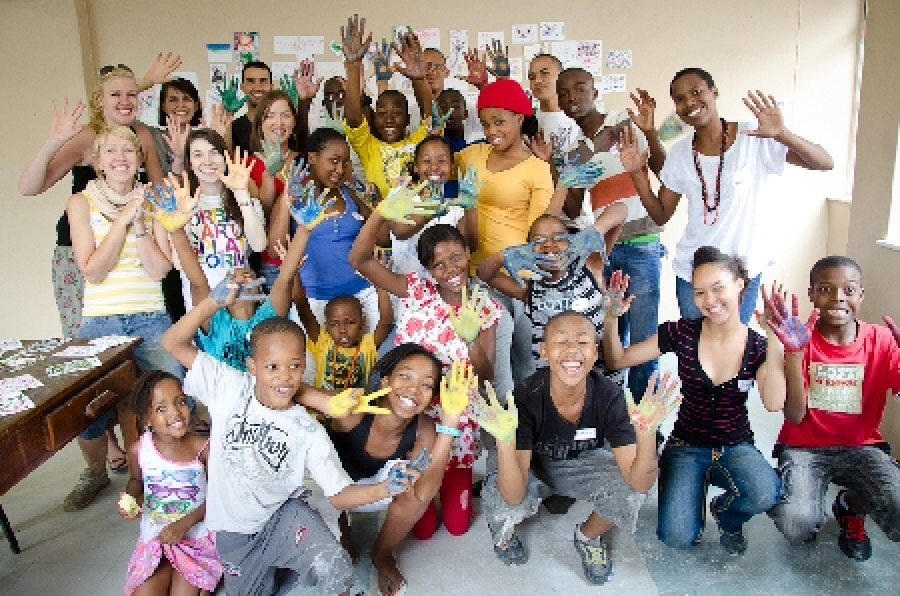 The <dis/play> exhibition is a collaboration between curator Portia Malatjie, Assemblage, Urban Arts Platform, and kids from the Anstey’s Kids Project.

The <dis/play> exhibition is a collaboration between independent curator Portia Malatjie, Assemblage, Urban Arts Platform, and children from the Anstey’s Kids Project. The exhibition seeks to explore the concept of play by looking at the working relationships or collaborations between established and emerging artists, who work in different mediums, with children from the Ansteys Kids Project.

The curatorial framework centres on the notion of play as a means to reach full creativity. This framework will manifest itself in the manners in which the different artists engage with and collaborate with children who know little about the chosen medium. The exhibition will also be a ‘playground’ for the children and artists- the latter might usually find a challenge in the concept and practicality of ‘child’ play.

In his text, Variations of a Theme as the Crux of Creativity, Douglas Hofstadter posits that an artist can achieve full creativity from making variations of an already existing theme. He asserts that, “Creativity is having a concept and simply making variations of it.” This assertion questions the notion of originality and authenticity in art production as Hofstadter asserts that creativity is not coming up with something new- rather, an artist has to take an existing idea, reinterpret or appropriate it, in order to achieve creativity. He further argues that this creativity, through a variation on an already existing theme, can only be made possible through engaging in play.

Stemming from Hofstadter, one could conceive of artwork and art making as a form of play. By delving into the world of the imaginary in order to conceptualise and make objects that arguably exist outside of reality, artists are engaging in a form of play. Their studios therefore function as playgrounds onto which creativity is allowed and is realised.

This exhibition will be an exploration of the possibilities that play can bring to the growth not only of the children involved, but also of the artists. John Huizinga and Donald Winnicott also theorise the concept of play. The two theorists have different views of the seriousness of play. Winnicott suggests that all seriousness needs to be set aside when engaging in play. He advocates a return to the subconscious, suggesting that one cannot engage in play otherwise. Huizinga on the other hand believes that there is an element of seriousness in play. When playing, play participants tend to aim for certain rewards, whether in the form of victory over one’s opponent, or the ability to ascend one’s reality and exist in an imaginative world.

It is precisely these tensions within play that the <dis/play> exhibition wishes to explore. The tension, particularly those of power relations, will not be unnoted. The exhibition does not seek to function as a mentorship programme. Ideally, the ‘artists’ will not function as mentors to the ‘children’- they will instead function as partners who will listen to the children’s ideas and opinions and incorporate them in the final product.