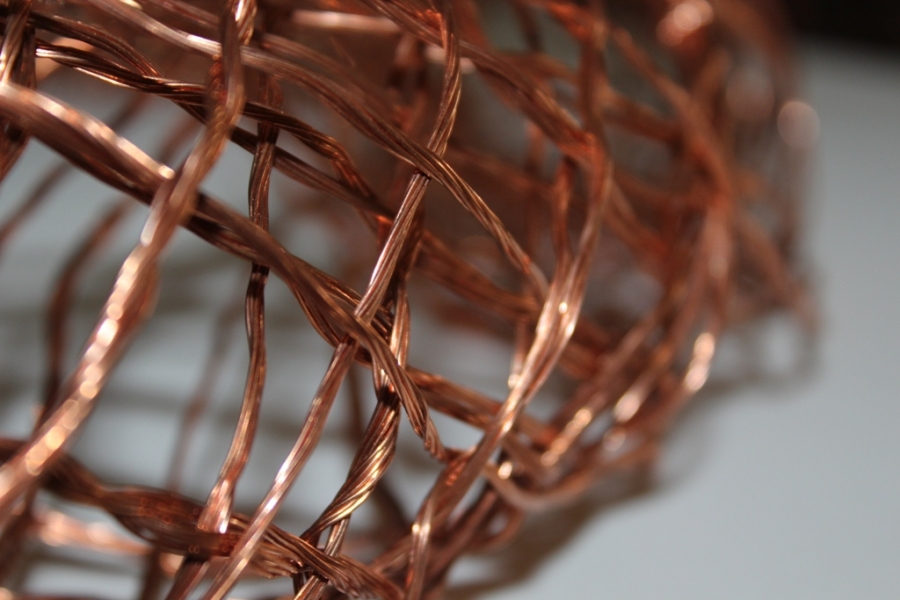 The Absa KKNK takes place in Oudtshoorn, Western Cape, between 31 March and 6 April 2013.

The Absa exhibition will focus on the contemporary reading of the concept of the seven deadly virtues.

The virtues have their origin in the idea of the good life. However, with the ‘shrinking’ of the world through new media, new technology and Post-Modernism the “I” has become a more important aspect than the “we” in society. Self-expression, “my moral code”, “what I feel comfortable with”, “I believe”, “I want”, etc, are all expressions pointing to the death of the ideal life, the ‘good’ life.

With the birth of the “I” the notion of self-preservation becomes more and more important where truths, virtues, and sins become simple tools that achieve the end result of survival.

Artist statement:
The material: The copper wire expresses the massive discrepancy that exists between the economic value attributed to physical raw materials and the value attributed to non physical information in the age and context 'we' are living in. This material sustains two systems simultaneously and reflects co-dependence of physical-raw material and conceptual value manifest in one material.

The topic: In researching the topic of the seven deadly virtues and sins it quickly became clear to me that the binary constructs of good and evil are, easily blurred. In the actions of the perpetrator both sins and virtues, whether it be intentional or whether they remain ignorant to their doings, can cause harm to others. This meeting of binaries interested me as it is perfectly representative and suggestive that opposites not only coexist but are also related in a cyclical manner. In some readings of the self-devouring nature of ouroboros, it can be interpreted as negative, as self-destructive and transitory rather than infinite.

The form: The traditional African understanding of time and events differs from the west in that it is viewed as cyclical rather than linear in nature. This understanding and construct within African cosmology is reflected and formalised in many symbols and a variety of symbolic representations. None more strongly, for me, than that of the demi-god Aidophedo, used by West African religions and known to the west as Ouroboros. It is the image of a serpent biting its own tail. The symbol represents eternity, infinity, and even resurrection, like many circular symbols. Hereby earning it the title of a dutiful object.