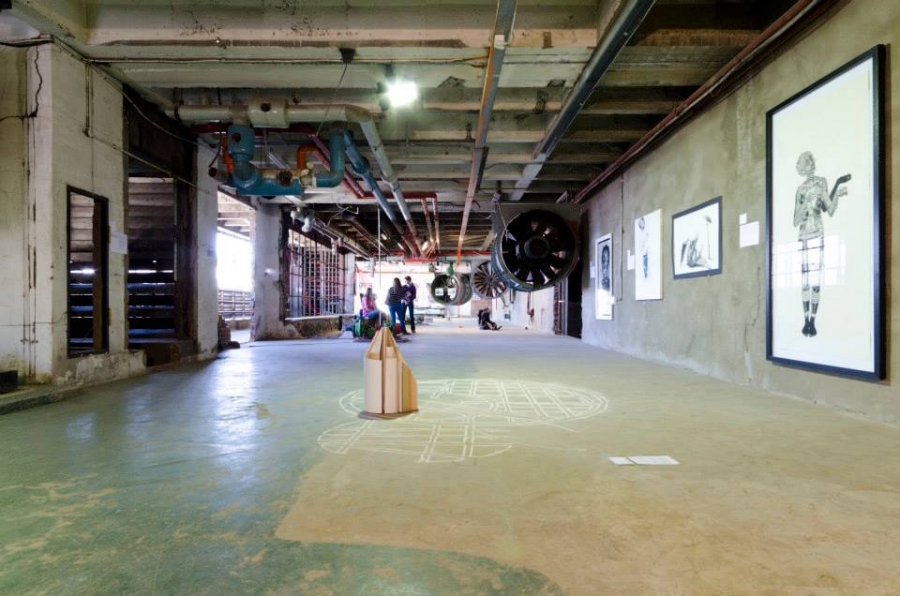 ASSEMBLAGE is pleased to present Diptych, a group exhibition opening in Braamfontein on 19 September 2013. The exhibition will run until the end of September as a Fringe event to the Joburg Art Fair.

Diptych is an exhibition of 45 artists speaking to each other and to the audience; jousting in a tete-a-tete and tit for tat of 23; conversations, dialogic performances and interactive explorations.

Their conversations are real and gritty, following on from a long line of conversations between artists: “We must talk to each other as much as we can [Matisse] told Pablo one day. “When one of us dies, there will be some things the other will never be able to talk about with anyone else” (Gilot/ Lake 1964, 264).

The work in Diptych captures this, with the artists locating their conversations in the now of South Africa as a thermometer of the contemporary present for artists standing outside the gallery scene. Obsessed with clashes in culture, a sense of abandonment and neglect, belonging, materiality, shared visual poetics and the obsession of the public with a need to be in conversation, the artworks range across mediums and and styles in a cacophony of arguments, debates and consensus. Located in the space of a building being formed with bricks and mortar, Diptych shouts out in the larger context of Braamfontein, in conversation with the larger growth and impermanence of Johannesburg.

“A Negotiation”, by Sandile Radebe and Mandy Johnston The work is a reflection on the movement of people through space. How we navigate our world being determined by objects and materials we interact with. Radebe’s sculpture is a three dimensional rendering of a two dimensional graphic, it is intended a Marquette for an envisioned larger, life size tower.

The title ‘A Negotiation’ refers to the directly to the three readings of the word. A discussion between two artists and a process of compromise, a hazard or obstacle through which a person navigates, a transfer of ownership and assignment of value represented here in Johnston’s use of salt. Salt being thought of by many to be the original reason for human interaction beyond the family unit.