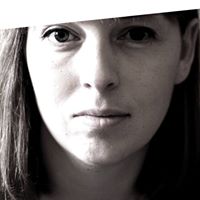 The Absa L'Atelier is South Africa’s most prestigious art competition. It rewards young artists between the ages of 21 and 35 with the opportunity to develop their talents abroad.

“Exorcising the Fetish”, Figures I, II and III.

A fetish figure I, wrapped in texts and discourse until almost unrecognisable, the work speaks of the process of documentation and interpretation of the physical space of Africa throughout history. Through documentation processes the “original” is lost and replaced with another form, no less beautiful, embewed with layers of alternative readings and implications that cannot, in my opinion, be unravelled.

A fetish figure II, is made of resin. Its joins and flares are visible. It is common practice today that these objects are manufactured to look old. They are sometimes even buried and patinaed to appear ancient. Used in ancient practice by healers these objects can easily be misread as violent and dark.The work is hereby a commentary of the how negative notions of Africa are perpetuated by the people of Africa today in order to encourage western buy in. The material it is made of is revealed to be the same as those of a western origin.

A fetish figure III, clock mechanisms encrusting the surface refers to the presence of western systems within the African context. This work comments on how the systems of the west have been integrated and become so normative and implicit that they cannot be called out as Africa is in some ways no longer aware of them.

I would like to draw attention to a few other thoughts. The doll face – the fetish figure I grew up with. The white skin of enamel paint that literally joins Fetish III to it base, the copper wire as symbolic of a new age of information transmission, the pins and glass cabinet referring to normative western display of collections and artefacts and the idea that collection equates to ownership.
Finally, the link between the three works, the concept of return to an original Africa. A concept, I think, flawed at its essence. It is part of the human condition to trade, be it in technology, information or aesthetics.